Have you or someone you know been affected by racism while visiting or living in Moscow? Do you feel called to help create positive change on issues of race? Join the MPC Task Force against Racism (Task Force). The Task Force monitors issues of race in Moscow, reports incidents of race-motivated violence and harassment and advocates for survivors. 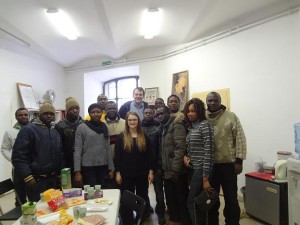 MPC collects data and disseminates semiannual reports to human rights agencies in hopes of drawing attention to the issue and reducing the frequency of violence against minorities.

If you would like to learn more about the Task Force or submit a report, please email taskforce@mpcss.org.